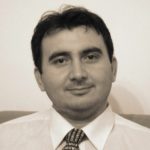 – Mediator, member of the Mediation Council and Association of mediators in the banking and finance area FINBAN (2013 – to date)

“Work through temporary employment – Analysis of the national regulatory framework in the light of Directive 2008/104/EC” in Studies of public security, vol.IV Special Edition (june 2015), ISSN 2284-8592.

“’Je suis Charlie’ from a legal perspective”, in the book of “The international conference on social, political and humanistic sciences “Education, research, innovation in the knowledge era”, Titu Maiorescu University, Bucharest, mai 2015

“Discrimination against workers on grounds of religion and belief – a current issue of the European Union in the context of Muslim refugees’ migration”, in the book of Conference of non-discrimination and equal opportunities NEDES 2015, Parliament Palace, Bucharest, 2015, ISSN 2344-6722 and ISSN 2344-5629.

“European Union between the refugee crisis and the provisions of international law”, in the book of the International conference of law, european studies and international relations, 3rd edition, Titu Maiorescu University, Bucharest, mai 2016, ISBN 978-606-27-0607-4

“Immigration, disturbing factor for the legal order of the European Union”, in the book of the Conference of the PhD schools, 4th edition, Police Academy, Bucharest, 2016.

14. “The current migration burst and its impact on the dynamics of European integration”, intervention on the Round Table “The EU external border management: challenges and contradictions”, European Parliament, june 2016.

16. “International air transport of passengers and luggage, from tourist industry and the rights of tourists perspective”, in the Conference “Perspectives of Business Law in the Third Millennium”, organized bz The Bucharest University of Economic Studies, 25-26 november 2016, ISBN 978-606-94312-0-7 (E-Book).

He speaks Romanian, English and French. 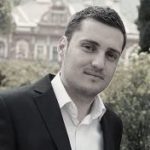 – The National Institute for Training and Development of Lawyers (2014-2015)